Plant a tree in memory of Thomas
An environmentally-friendly option 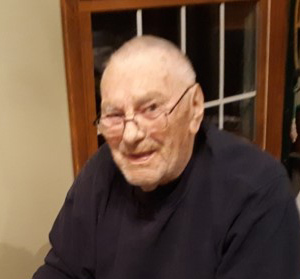 Tom was employed at Whitehall Leather Company for forty-one years before his retirement.  He also worked with his family, helping to operate Armstrong’s Bait Shop in Montague many years.

He lived in Whitehall before moving to rural Montague where he lived for twenty-five years.  He moved to Rothbury in 2006.  He married Dorothy (Obersmith) on July 7, 1956.  She preceded him in death in 2019.

Tom enjoyed fishing and the outdoors.  Lots of good memories with family and raising his children were centered around being together at the bait shop.  In his later years, he very much enjoyed winters in Florida.

A committal service for both Dorothy and Tom will be held at Oak Grove Cemetery on a date to be announced in May.

Plant a tree in memory of Thomas by clicking here.
To send flowers to Thomas' family, please visit our floral store.

Plant a tree in memory of Thomas
An environmentally-friendly option

Plant a tree in memory of Thomas

1 tree planted in memory of Thomas

So sorry to hear of Tom's passing. My dad was born on White Lake Channel  Montague side September 18, 1912 and was related because of QuisMoQua and her daughter Lydia who had 2 daughters and 2 sons (Armstrong).  One of the daughters Lydia had was my dad's grandmother.... (Sarah married to Daniel (Mac) Robinson). My dad,, Max Aley, would have loved to see his relatives again, but he passed at age 97 in 2009.  My late husband worked with Jim Hain at Consumers for years. Sincere condolences. From Denice Meyer

Praying for you all in the passing of Tom.  I know he will be greatly missed.  With deepest sympathy

Garry, so sorry to hear about your dad. My thoughts and prayers are with you and your family.

A Memorial Tree was planted for Thomas Armstrong, Jr.

Plant a tree in memory of Thomas